in my past I have had the good fortune to be too poor to afford making the modifications I now know better not to make.
I have now the good fortune to know the difference in good from bad modification, and have come to fully rely on the collective achievement of the many engineering teams that earnestly (is there ever an engineer whose temperament is anything but earnest?)delivered to me a functioning engine that I subsequently
made every effort to destroy through my
"modifications".

So,4 Ford guys(yep,I was one)rebuild a 402 in a 69 ch**vllee to sale for more Ford parts and after 3 days of fighting the thing and cussing distrib. location...I walk into the shed for a beer and a think.While poking around on the bench,I find the fuel pump pushrod....

sdiesel wrote:...
put my new 300 together dint change rod bolts,
she has to come all apart.
some day ...

Me too - on the KFTruckster. I'm up to 1329 quarter mile passes on the stock rod bolts.
FORD 300 INLINE SIX - THE BEST KEPT SECRET IN DRAG RACING

I once installed a distributor 180 degrees out and it took me twice as long to find it as it took to put the motor in.

And on a separate occasion, my father strategically placed a single bolt on my work bench after a engine rebuild. He watched me sweat bullets over a beer before telling me. Well done pops.
In-lines we trust

When I rebuilt my first overhead cam engine that had interference between pistons and valves (Datsun), I bolted the head on and then rotated the engine to TDC. Bent two valves

First was back in '95, Lady overheats a Contour to the point that the cylinder walls change shape. There were no oversize pistons or factory short blocks yet. Ford sent me all the parts to assemble a short block. When I get done, there is one oil gallery plug left over. "Must be an extra". Fired it up, quickly figured out where the plug went. Oil all over the shop floor.

Had to pull the engine back out, plug went behind the flexplate.

Putting a used engine in a Cadillac Eldorado. Blown engine was a 252 V6, which were somewhat rare. Asked a bunch of people if a Buick 231 would swap, everyone said sure. I was always taught to use the flexplate that came with the engine, chances are it has the correct balance. I painstakingly counted the teeth of both the 252 and 231, they were the same. Installed engine, attempted to start, grinding noise but does not spin. Removed engine, laid flexplate over the 252 one, they were a different diameter. But the same number of teeth.

When at Ford, Lady brings in a TBird that keeps tripping a code for one of the air injection solenoids. I was the third tech to work on it (that happened a lot). Talked to her face to face. She states engine light pops on at the same spot during her morning commute down the freeway. I convinced the service manager to give her a rental and I drove the TBird over the same route at the same time. Sure enough, driving around the big, sweeping interchange from the 71 to the 70 in Ohio the check engine lamp pops on. Looking to my left, there is a huge AM radio tower right next to the freeway. Get back to the shop, call the Ford hotline and explain what's going on. Tech on the phone laughs and says wrap the PCM in aluminum foil and stuff it back in the kick panel.

very clever on the aluminum foil
a long love affair with the 300 six.
my lastest and final fling is a fresh 300 in an 88 ford f350 dually 4X flatbed

I probably told these two at least once before but they're relevant. My dad rented a collision shop that was an old Ford dealer who built a new one right across the street from our shop, so he heard lots of funny stories.

Like the time a mechanic removed a carb for service from a V8 and went home for the evening. The morning crew came in, decided to move the vehicle without realizing there was no carb on it. The morning guy fired it up and since the fuel line was left pointing at the open intake it immediately went to WOT!

'Nother one. This could be one of those urban myths. A customer brought in a car that wouldn't stop dieseling. They discovered there was diesel fuel in the tank. It turns out that the guy had been stealing gas from the nearby farmer's storage tank at night and the farmer had recently bought a new diesel tractor and converted over from gas to diesel in his tank.
FORD 300 INLINE SIX - THE BEST KEPT SECRET IN DRAG RACING

I have seen that a couple of times during my career. The first time it was driven into the shop by a porter that said it would not idle. The second time that one caught fire because the mechanic pulled the coil wire. 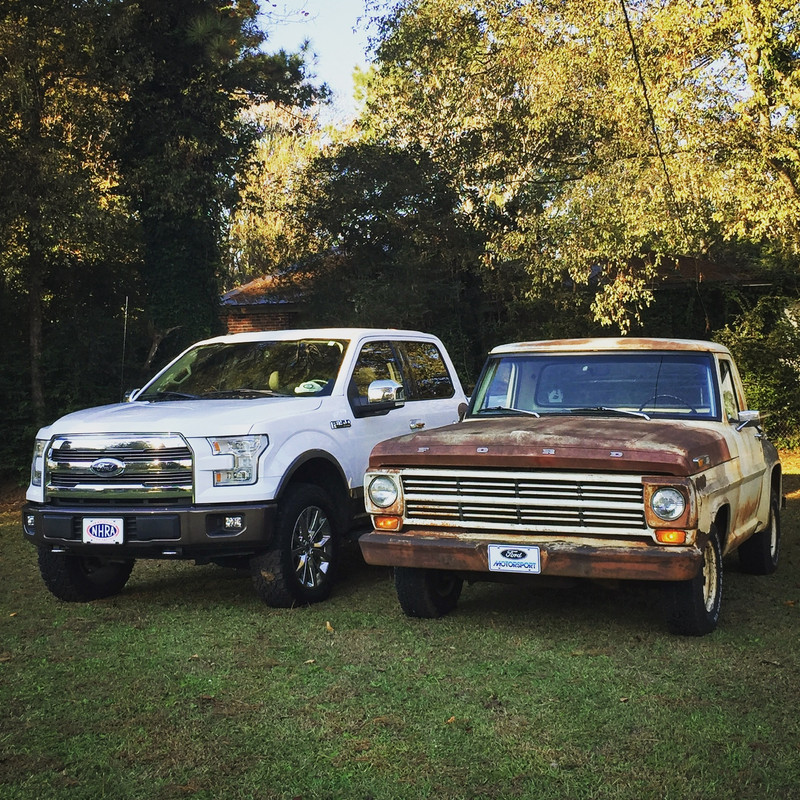 So I have a 2000 Tahoe z71 that had a 5.7 vortec and started missing coolant. No leaks, just empty reservoir. Not long after that the CEL comes on for a catalyst insufficiency. I strongly suspect it had a coolant leak from the intake gasket since they were very prone to this problem, and it was burning coolant which caused the cat to go out. So I pull the intake, replace the gaskets, updated the poppet valve injection to MPFI, and new Magnaflow cats and ACDelco sensors. Got it back together. Last step was to replace the distributor. Well, of course the oil pump drive was a little off, so I take my long screwdriver (apparently not long enough) and go to index the pump. Well, fumble fingers dropped the damn screwdriver into the dizzy hole, and I watched as it disappeared into the block, falling and wedging itself to where no tool, magnet, etc, could retrieve it.

Intake comes back off, had to wait on new intake bolts as they are TTY. Get it back together and it runs like a champ for about 10k. CEL comes on for major misfire indication on number 6. Truck obviously running on 7 cylinders, catalyst insufficiency comes back on in the meantime. I say heck with it, its time for a motor, probably just worn out (had about 198k). Well, order a new motor, install it, and fire it up, major misfire on number 6. Bad fuel injector in an essentially new injector assembly. Replaced them and it ran fine. I now believe the original motor had a cracked head(also a common problem) that was eating coolant, but I never found it. Sold it to a guy as is for $400 with the information that it probably had a cracked head.
Post Reply
13 posts • Page 1 of 1

Users browsing this forum: No registered users and 22 guests