Why this overdrive is no longer made surprise me as they are a well made unit. As for the electric side of the unit well that is a let down with them no longer being made.

Staff member
VIP
Supporter 2021
Supporter 2019
REDLINE 10K
Yes was a great OD unit but the economy has been tough on some of the smaller companies here in the US. The electrical parts should interchange with some others though. Glad to hear you are almost back togeather again!

Replacement Control Module and switch arrived yesterday so hopefully now once I swap in the new parts it will work again. Once that is done I will investigate what happened to the ones replaced.

It was the switch. Yet to pull the old one apart to see why but the failure was in the switch.

Staff member
VIP
Supporter 2021
Supporter 2019
REDLINE 10K
:hmmm: if it was the switch then maybe you could wire it up using a relay to take some of the load off the switch. Good luck

bubba22349":3ec7kasu said:
:hmmm: if it was the switch then maybe you could wire it up using a relay to take some of the load off the switch. Good luck

Sadly that is not possible as the switch is specialized in the way it works and once I have the old one out I intend to investigate the insides to see if we can repair it.

That is the switch in the top right of the photo so as you can see it is not the usual type of switch.

Old switch is out and the new one is in. The switch has a diode inside so will be interesting to see what can be done with it.

that is interesting so if you can find a new diode to replace it then it could likely work again.

that is interesting so if you can find a new diode to replace it then it could likely work again.

The switch is you can only say interesting once opened. Once I find some one with more electronics knowledge I hope we can see what needs to be replaced. A spare would be a great thing to carry.

Staff member
VIP
Supporter 2021
Supporter 2019
REDLINE 10K
Testing a diode is fairly easy, in the below links you can get an idea how it's done with a Multi Meter. Good luck

Thank you for that. I'll have a look later.

Staff member
VIP
Supporter 2021
Supporter 2019
REDLINE 10K
My pleasure always glad to try and help if I am able.

the DNE/ US Gear system is different, they and your custom Ccontrol system uses the really small, efficient but no longer made DNE/USG switches, not the std GV stuff.

After 2013, US Gear stopped making the Uner/Over drive units, and the switches as well.

Gear Vendors is fully viable, and has looked after its core business by down grading to 2500 units per year. The over drive unit is bomb proof, with only the clutch pack, a factory US 750 buck re condition, and the occassional drive line vibration matter typical when you add an 8 or 14" extsion out back of the gearbox. In those instances, much like the Ford BTR/ Ion autmatic geabox, its better to go to a different frequency drive/prop shaft.. carbon fiber, alloy or CV jointed. Last resort, a heavy counterweight. The only other issue is the hard shifts in the second mode of the Auto/ Man mod contoller.


I use an awd I6 for my inspections with the Dough Nash column switch. Your install is custom, with the later US Gear Dual Range system switch only. 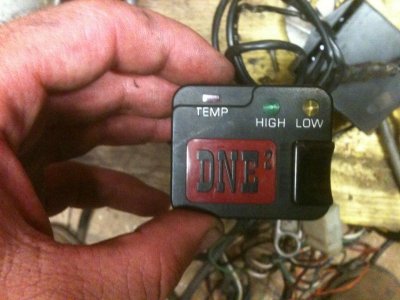 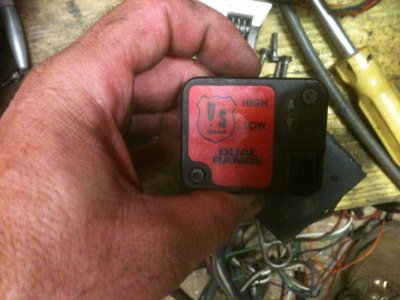 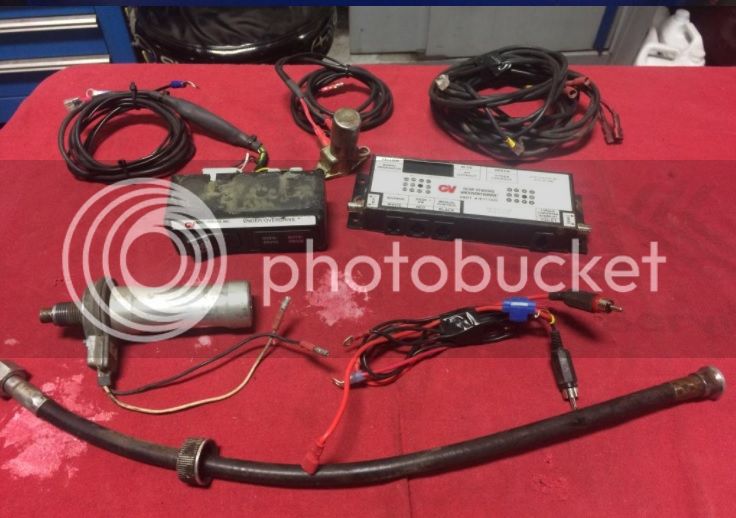 Not sure how all that relates to a failure in the switch We did pretty well verify the internals of the overdrive are still as good as the day we fitted it.

I was never impressed by the Gear Vendors units when looking at them when building the F4. In a smaller application they would be OK.

VIP
whooops, my bad. Got the wrong end of the stick....


Ford C6 Auto and a US Gear Over drive coupled to that
Click to expand...

Guess I'll go to the back of the class again Simon....thought it was the GV set up you were using.

I love the DNE/USG stuff...I imported the so called 84 model year Crossfire 350 EFI in 1994, and then tried to get the DNE Seven speed, but only got a few switches, then converted over to Ford and AOD instead in 1993 when I sold all my GM stuff.

Like most people in Australia and New Zealand, cheap Bass Strait propane and Todd Energy On Gas ment a lot of us got heavily into propane 90's to the Noughties.

I got some of the parts for a full DNE swap back in 93. All the so called problems they had in the early years were just simple Corvette 7 speed T10 related service issues, the unit through all years was always very strong.


Good fortune. Hope things change back in propanes favour. If not, just cheaper diesel would be nice.

Bums me out about the propane fumigation issue. I use a Nissan Stagea awd I6 for road inspections, and have been looking at conveting to a Nissan RD28T to get a better fuel efficency and diesel supply.

Since back in 2015, I picked up some extra work, and I do 1600 miles a month, sometimes way more night drving. Propane you can get anywhere when I get back to town.

I see now what happened X. Looks like you are playing catch up.

LPG (Propane) as an industry has died here. Some time ago I added the tank from the F4 to another vehicle C1300 International I own so when I can buy pure propane I fill it up. When the Inter went to LPG it was about 20 cents a litre and now we pay about 80 cents a litre.
Propane used to be burnt off as waste from drilling for oil and now it is exported from here to places like Singapore and sold for less than we do in this country and we Aussies pay more for what used to be a waste product for fuel and heating etc. You do not see many vehicles on the road running LPG and once this country led the way with technology like that of Diesel LPG fumigation.

Have been talking to the Auto Electrician that wired the truck all those years ago now and I am going to get the failed Overdrive switch to him so he can check it out. If we can fix it I will keep it as a spare.

Well the Auto Elec still has the switch and has tested it a few times. In his tests he can not find a fault but not helping here is the fact it is set up with two on settings and a neutral position. A wiring diagram of the switch would help if we could find one.

I have the switch back so have to plug it in and see if it works or not. No fault could be found so will it work or what failed we simply do not know.