VIP
Supporter 2021
Supporter 2020
Supporter 2018
Stock cam specs. Same grind was used from mid-sixties through the EFI years, although the part numbers may vary due to other manufacturing considerations. This will give you some info to compare with aftermarket camshafts. 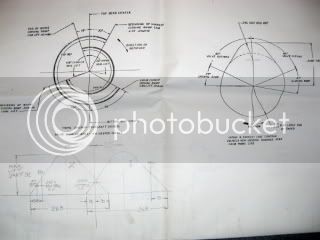 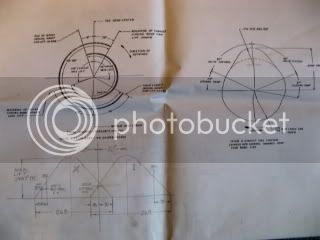 Notations I made to help clarify what's going on:

VIP
Supporter 2021
Supporter 2020
Supporter 2018
I tried to enter them in a larger format but the site would not accept them unless I reduced the pixel count. Sorry. If anybody can fix this or make an exception for this specific post thatwould be nice.

VIP
FTF - if you can reupload them to photobucket and post the links alone, i will fix it
T

VIP
You can save to a file then print.

Greg, if you can blow them up and upload them to photobucket, they actually have an option now to post the IMG file as a clickable thumbnail that saves Asa some time

This is way cool and exactly what I am looking for but nothing I have tried makes these pictures readable. Could you email to me or somehow post them to a site that allows full photo uploads. I like Picasa, just because I like google.

So from what I can read of the pictures (thanks FTF):
Advertised Duration
IVO 18
IVC 70
EVO 58
EVC 30
This gives LCI 116, LCE 104, or LSA 110 with 6 degrees retard.
However, computing Lobe Centers from advertised duration can be deceptive since (as it appears here) the ramps are not always symmetric - sometimes the closing ramp is more gradual than the opening ramp.
The other LC's given are LCI 112, LCE 108, or LSA 110 with 2 degrees retard.

A couple questions I have that remain are:
1. From which year are these specs?
2. Even if the 300 had the same cam thru all the years - was the advance or retard the same?
The specs above indicate 2 degrees retard
Bill from Indy in the FIGURES post assumed 4 degrees retard
Motorhead aftermarket shows 3 degrees advance
That is a big spread so I wondered if the stock advance/retard changed thru the years
L

Staff member
VIP
Here's a link to an old thread I started long ago about this very topic. I was in the steep part of the learning curve at the time.

Staff member
VIP
I just dug out my notes taken when I did that project. I did NOT check the cam with the original gear, but did check the stock cam with a Cloyes aluminum gear set; I failed to write down which notch I was using on the aluminum gear
According to my notes at .006" lifter rise:

This agrees exactly with the durations on Greg's cam card, the indexing is 4º different is all.

Lot of interesting posts lately on the merits and such of non-stock cams.
I think this thread would benefit from a discussion of the design considerations and tradeoffs made by Ford in coming up with the stock cam design.

Especially (at least for me) a discussion that is oriented towards members that are running stock cams and are considering whether an upgrade from stock is appropriate, and are essentially unschooled in the art and science of cams.

For example, and please forgive me, but I still cannot understand the significance of expressions like "268º total duration @ .006" lifter rise", and "gradual opening ramp". What do they mean in terms of performance and tradeoffs? Any takers? Professor Rawls?

This is unfortunately not an answer to the above question, but just an FYI, if you plug these specs into desktop dyno, it is very accurate. The numbers and the curve look close to what the engine actually does.

VIP
I realize this is an old thread, but...

The stock 300 six/4.9 efi cam has quite a bit of advertised duration (~26 but the ramps are very mild. I assume this is for longevity more than anything else.
When building my 4.9, I was initially going to use a Comp 260H. When I discovered (on this forum) that the stock cams have 268 degrees of advertised duration, I went for the 268H instead.

Observations:
The Comp 268H has a .050" duration of 219 degrees. That's a fairly aggressive lobe. Being a flat tappet cam, it has a faster off the seat rate than a roller lifter will allow. You can tell how aggressive a lobe is by the number of degrees between the advertised and .050" numbers. Tighter means more aggressive.

The lobe center of 110 degrees causes this cam to lope a bit at idle (overlap 48 degrees). But the tighter lobe center lowers the rpm at which peak torque and HP occur, too. These heads do not require split-pattern cams (both carb and EFI). The exhaust ports flow plenty of air compared to the intake side (and compared to 5.0L exhaust ports, which do favor a split-pattern cam with more exhaust duration and lift).

A stock 4.9l really runs out of breath by 4000 rpm. My Offy DP- equipped (390 Holley) EFI-manifolded 4.9L will float valves easily at 5000+ rpm if I'm not careful. I attribute this entirely to the cam. The head is a mildly reworked EFI head with stock valves. Total ignition timing is set about 35 degrees.

I'm in the process of re-doing the exhaust right now. Hedman hedder, full 2" duals with a crossover (staggered to the length of the dual header outlets, ugh!), Super turbo mufflers. According to Dyno sims this will actually lower peak torque to 2000 rpm or less...

So with the info above are you saying that the comp 268 cam makes more low end power than the stock, comp 252 or comp 260? I have been searching for info on this as I am shooting for the most low end power from idle to 2500rpm. I am also looking for cruise rpm from 1900-2200rpm.
C

Is what greg is asking correct, Ive been looking at the comp cams to lower torque and increase fuel economy.
S

VIP
Why on earth would you want to lower the torque? It's the one thing that the 300 does superbly.

If you want an increase in fuel economy, the 268° is not a wise choice. It's designed to make more power in the higher RPM ranges not to deliver economy at cruise. If economy is your goal, you need to be looking at the Isky Mil-A-Mor or for a balance of economy and performance the Crower 19211
K

I'm glad you started this post. Cam theory is still a gray area to a lot of people including myself. Being and old hotrodder, I like the performance. But in today's economy fuel mileage is equally important.
C

I typed that wrong, it increases torque at a lower rpm band.....you loose top end.